The National Committee for Combating Human Trafficking at the Ministry of Administrative Development, Labor and Social Affairs, and Msheireb Museums at Msheireb Properties, have signed a memorandum of understanding (MoU) to strengthen collaborative efforts to increase awareness on the global issue of modern-day slavery and human trafficking.

The MoU was signed by HE Mohammed Hassan Al-Obaidli, Assistant Undersecretary for Labor Affairs and Secretary of the National Committee for Combating Human Trafficking, and Mr. Ali Al-Kuwari, Acting CEO of Msheireb Properties, in the presence of Dr. Hafiz Ali Abdulla, Director of Msheireb Museums, and representatives from the Ministry and the company.

The agreement underlines the commitment of the Ministry and Msheireb Properties to enhance awareness of human trafficking, a scrouge that impacts communities and individuals around the world. The two entities will join hands to implement awareness sessions on the subject. The cooperation agreement also covers supporting training courses and educational sessions hosted by schools and other entities in line with the mission of the Ministry and the Committee.

One of the key activations is updating the ongoing exhibition at Bin Jelmood House in Msheireb Museums to cover modern slavery-related issues to coincide with the International Day for Combatting Human Trafficking on July 30.

Mr. Mohammed Hassan Al-Obaidli, Assistant Undersecretary for Labor Affairs, said: “The signing of this memorandum comes within the framework of supporting joint efforts to combat human trafficking and cooperating with the concerned authorities in this regard, in accordance with the tasks of the “National Committee for Combating Human trafficking”, which plays the role of the national coordinator and supervises the implementation of the national plan in this field.”

The memorandum will contribute, through joint promotional and educational activities with “Msheireb Museums” and ” Bin Jelmoud House exhibition”, to spreading awareness of Qatar’s efforts and achievements in developing legislation and promoting national practices to prevent and combat human trafficking and provide protection for migrant workers, in accordance with international standards and ratified agreements in line with the objectives of the Qatar National Vision 2030.

This would highlight the state’s contributions in this field

Mr. Ali Al Kuwari, Acting CEO of Msheireb Properties, said: “We are honored to sign this agreement with the Ministry of Administrative Development, Labor and Social Affairs to roll out a systematic and practical plan for collaboration to combat all forms of human trafficking. Our MoU underlines the importance of cooperation among government entities and national companies to address the common challenges faced by mankind. Msheireb Properties is committed to supporting the terms of the agreement, and to support national and international efforts to raise awareness about one of the most important issues that impacts humanity.”

Dr. Hafiz Ali Abdulla, Director of Msheireb Museums, said: “Since its inception, Msheireb Museums has placed the highest importance on highlighting the adverse impact of slavery and human trafficking on the progress of communities. At Bin Jelmood House, we are shedding the light on this issue by raising awareness among all segments of the society, especially students. We are delighted to sign the MoU with the Ministry of Administrative Development, Labor, and Social Affairs and to coordinate with the National Committee for Combating Human Trafficking to raise awareness of the issue.”

Msheireb Museums is committed to raising community awareness of this important issue through its diverse activities. This is reflected in the exhibition at Bin Jelmood House, which pays tribute and acknowledge the social, cultural, and economic contribution of formerly enslaved people to the development of human civilizations. The house provides space for reflecting on the history of slavery and how it has evolved into modern forms of human exploitation. Visitors to Bin Jelmood House can also make a personal commitment to joining the fight against human exploitation. 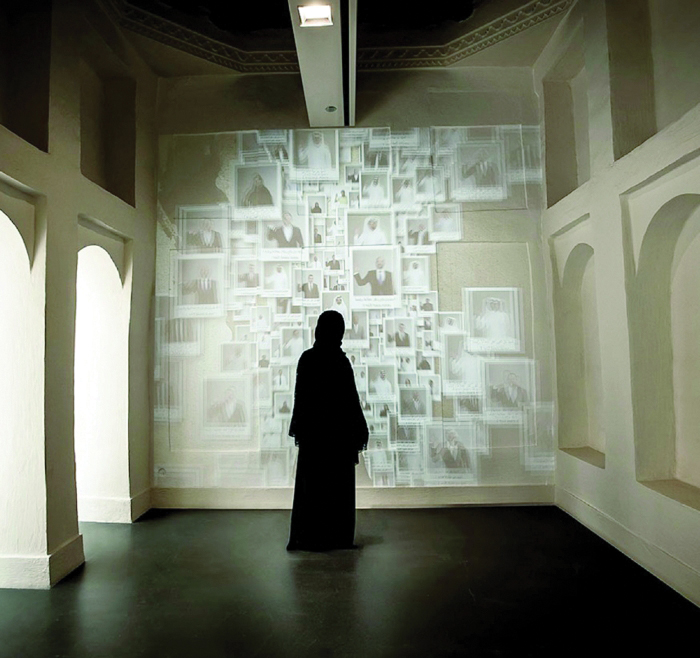