There were over 473 entries for this edition from 57 countries worldwide and were of an exceptionally high standard, with 47 finalists selected. Presented at a dedicated ceremony on November 14, 2018, the prestigious World Smart City Awards were awarded this year to seven outstanding proposals, selected from the 473 entries, which represented a 53% increase from 2017.

Mr. Ali Al Kuwari, Acting CEO atMsheireb Properties, commented: “The people of Qatar are proud today of this great achievement and global recognition. Msheireb Properties competedand won against some of the most prominent companies responsible fordeveloping Smart City projects around the world. This again reiterates the position of our flagship development project,Msheireb Downtown Doha,asaglobally recognized smart and sustainable cityandhighlightsQatar as a leader, supporting the new trend of smart and sustainable cities regionally and globally”.

“We would like to thank our wise leadership for their vision, and for the continuous support thathas contributed to our success and ability to win this international accolade.This is not only a great achievement and global recognition for Msheireb Properties, but also for Qatar. In addition, we would like to recognise the incredible efforts of Msheireb Properties’ management and staff, who worked hard to win this great honor. Today, we celebrate a huge national achievement, and look forward to more success,” he added.

TheGovernance & Finance Award is one of severalawards received byMsheireb properties, cementingits track record of success and achievements, and reiterating the capability of Qatari companies to develop large-scale, smart and sustainable cities,with the Msheireb Downtown Doha project currently considered the second smartest city in the world.

Msheireb Properties has recently won prestigious international awards this year from multiple prominent entities including the RoSPA awards for health and safety, two coveted awards at the 2018 Qatar Sustainability Awards, and additional awards from theNational Programme for Conservation and Energy (Tarsheed), among others.

The Msheireb Properties booth, in addition to displaying a full-scale model of the entire city district, included three interactive areas that provide examples of what makes MDD a smart city, including smart home applications, MDD’s smart city portal, and the command and control centre which oversees the entire district. Within Msheireb Properties’ booth, visitors explored the “Smart Home Systems” and the “Lifestyle and Community Portal”, which allows users to monitor all the smart systems that are integrated in their residences, retail businesses, or corporate offices. The booth also included a replica visualisation of MDD’s Facility Management and Operations “Command & Control Centre” which shows real-time surveillance of the downtown.

As the official global sponsor of the event, Msheireb Properties enhanced its international presence, and highlighted its commitment to developing smart, sustainable cities of the future.Msheireb Downtown Doha is the first downtown regeneration project to embed smart city technology and connectivity. From design and planning, to the delivery of infrastructure and transportation, through to improving overall lifestyle, the city is smart to its core. The objective of Msheireb Downtown Doha is toprovidea place where it is enjoyable to live, work, shop, visit, and spend time with family and friends. Through an integrated suite of data platforms, IoT systems & digital applications, Msheireb Downtown will advanceresident experience, social interaction and quality of life with greater care for the urban environment. 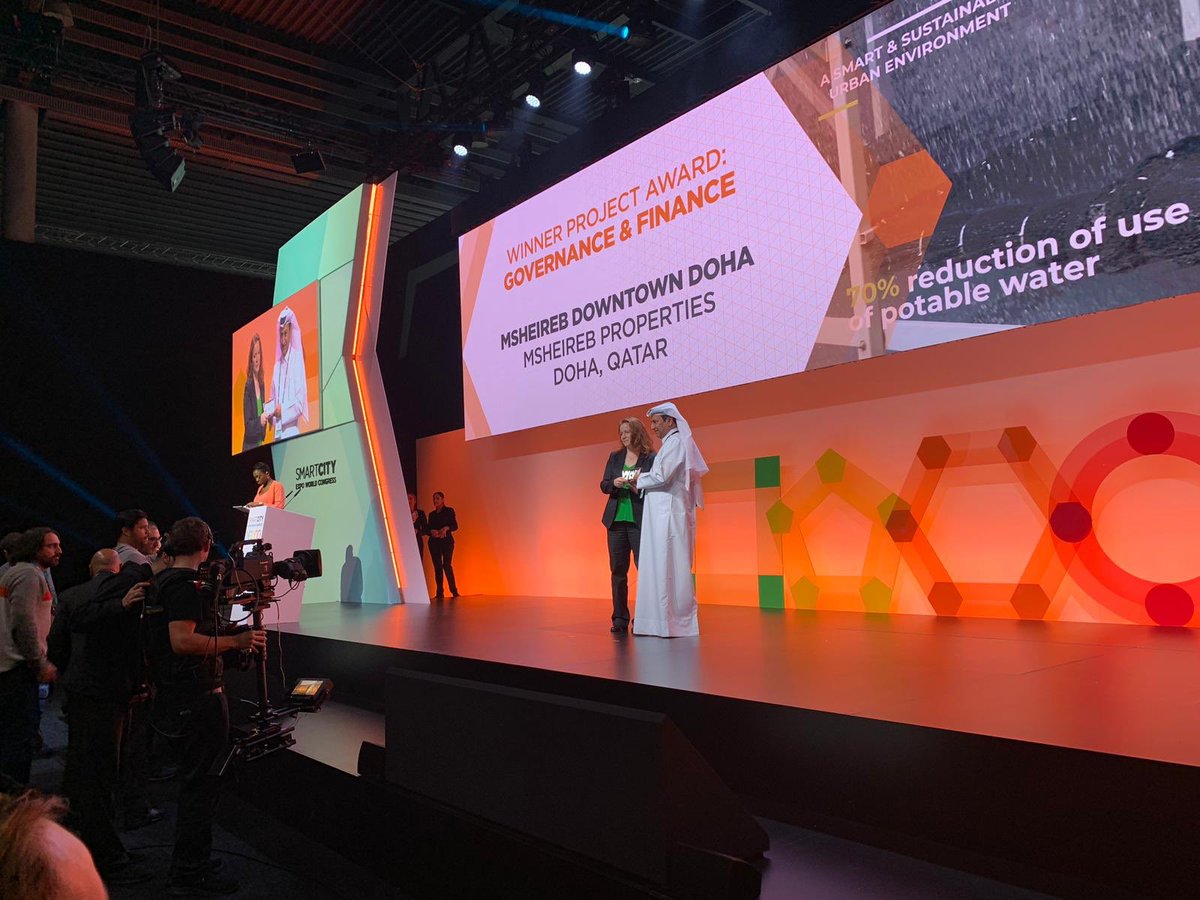