The first book, ‘Msheireb Museums: Transforming Doha’s Heritage Houses’, showcases Msheireb Museums, which form a historical restoration of four traditional heritage houses in the heart of Msheireb Downtown Doha, the world’s first sustainable regeneration project located in Qatar’s capital, Doha. They are outstanding examples of enduring continuity and the meaning of history in a city which is, otherwise, a place of rapid change.

The second book, ‘Building on Tradition – The New Architectural Language of Qatar’, presents the ‘Seven Principles’ of architecture developed over three years by the best minds in the architectural world. A panel of architects involved in the design of the Msheireb Downtown Doha shared their insights on how they had established these design principles, which eventually translated into a unique modern Qatari architectural language, blending the best of aesthetics and functionality, as well as heritage and modernism.

From his side, HE Mr Youssef Al Khater, Ambassador of Qatar to the UK, said: “I am so proud of this amazing representation of Qatar on international levels. The process and achievements, documented eloquently by Msheireb Properties through these world-class books, demonstrate effectively Qatar’s commitment to sustainable development and to enriching the conversation on the issue, by sharing knowledge and setting an example for other urban development companies around the world.”

Commenting on this milestone, Acting CEO of Msheireb Properties, Ali Al Kuwari said, “We are proud to share this Qatari know-how and experience with the world. The Seven Principles can indeed be adopted anywhere for anyone who aims to create a community that is rooted in its past and geared for the future at the same time. It is the result of three years of research and collaboration, enabling us to accomplish the first ever sustainable downtown regeneration project in the world, as well as the smartest and most sustainable fully built city district.”

“Msheireb Properties aims to enrich people’s lives and enhance the way they live and thrive, and we do believe that in order to succeed in doing this, we have to share knowledge, exchange expertise, and promote the conversation about best practices.”

Dr Hafiz Ali, Msheireb Museums Director, said: “As part of Msheireb Properties, we are very happy and proud of these books. This is the wisdom we have accumulated along the years, compiled in a capsule, for those who would like to understand our journey towards restoring a crucial part of Qatar’s history, namely; its first and oldest city centre district.”

“The Museums’ book elaborates on the sophisticated work underlying the challenge of bringing back to life four houses, each of which has a story that is intertwined with that of the development of our country. The book coincides with our recent nomination for the Agha Khan Award for Architecture 2019, the most prestigious accolade in the industry, which could not be more perfect timing,” he added.

The Msheireb Properties books will be launched in Arabic soon in Qatar and the Arab World. 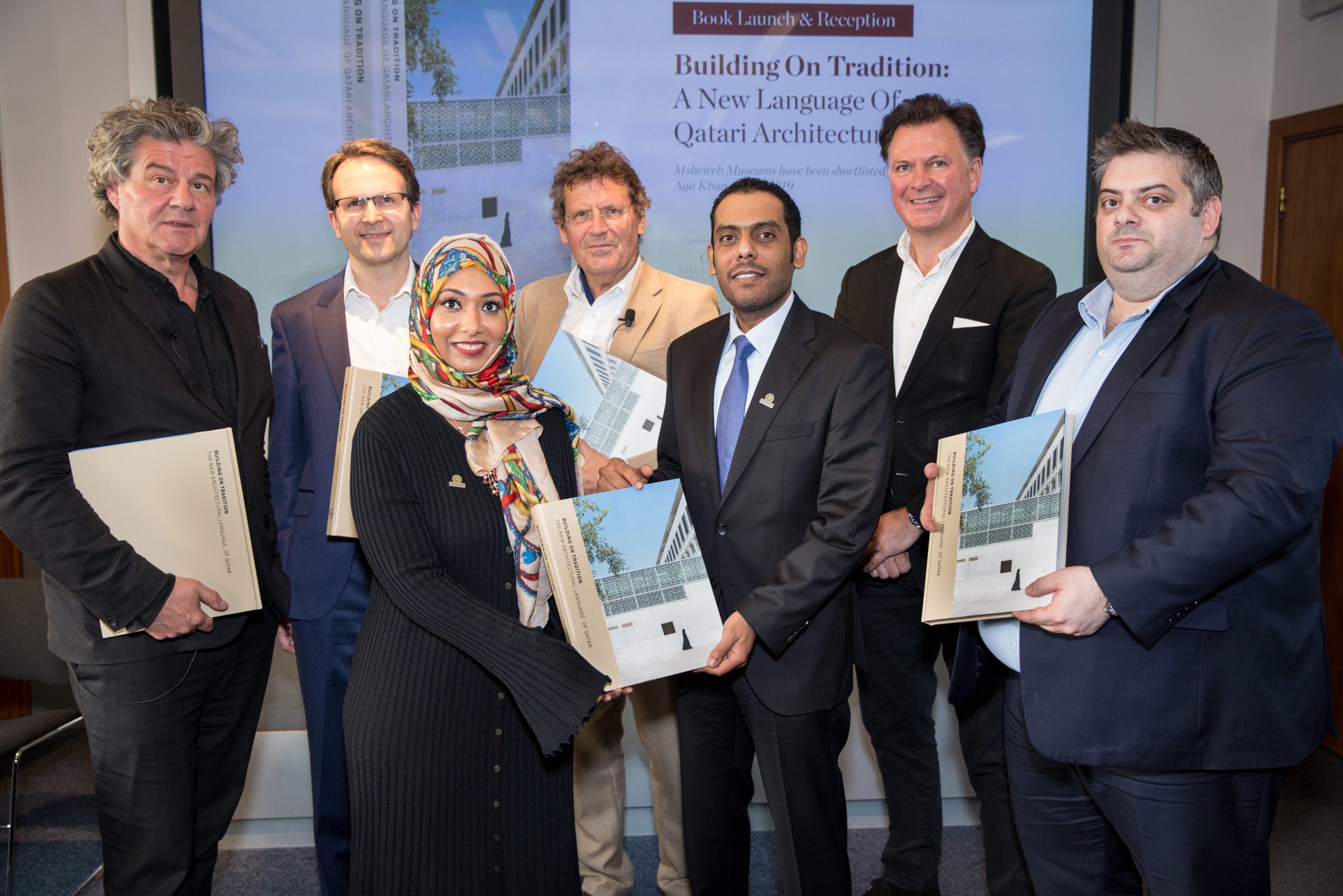